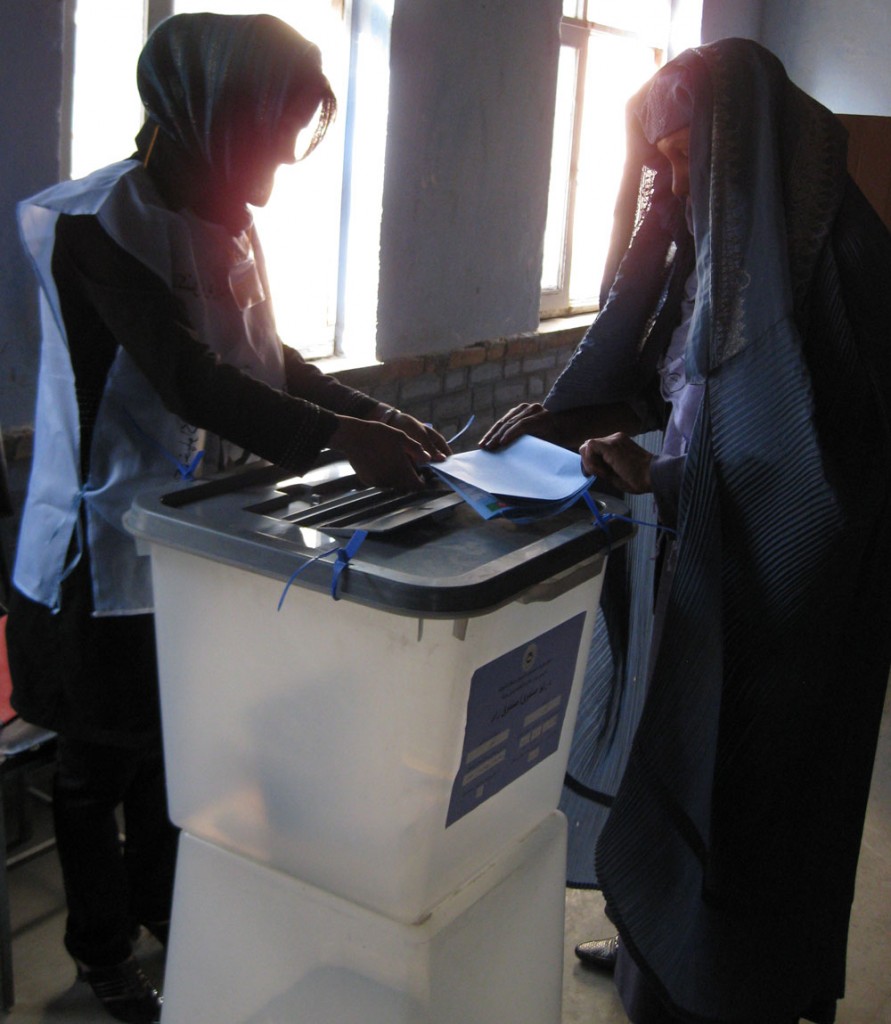 Nearly two weeks ago now, I visited four polling centres around Kabul as part of the joint diplomatic observation of Afghanistan’s 2010 parliamentary elections on 18 September. The UK media covered the Afghan parliamentary elections closely so I’m sure you will have seen some of the reports, but here are my impressions of the day...

My election day began just 30 minutes past midnight. An earthquake which started in Badakshan, over 300km to the north east of Kabul, woke everyone in my house from their beds. After a quick consultation in the hallway we agreed we should go back to sleep.

A few hours later I was woken again by an explosion. A wake up call from the Taliban to show us all they were watching on election day – but they didn’t hurt anyone in Kabul.

Finally my alarm rang at 5am.

I was introduced to my observation buddy, a Swedish man from the European Union Delegation in Kabul called Robert, who had observed elections previously in Afghanistan and elsewhere in the world. It was nice to be in the company of an expert as this was my first time. At 6am we departed.

Shortly after, we arrived at the first polling station. The station was due to open 15 minutes later but already there were over 200 Afghan men and women ready to vote.

The station was well set up and the staff seemed well trained and extremely committed to the task at hand. The first vote was cast at 7.10am. Impressed by what we had seen we moved on.

The second station was a little less organised. The materials had only just arrived and there was a delay in opening the station. But the staff were keen to answer our questions and let us formally observe the process. They were let down a little by the equipment that arrived. Hole-punches to stamp voting cards were broken and fewer ballot papers had arrived than expected. But staff adapted to the situation and voting began.

The first man to vote was candidate number 289. No surprises who he said he was going to vote for. We also met an elderly man who was accompanied by his young grandson and took this photo of them (left). He could remember the parliamentary vote in Afghanistan before the Russians arrived but this was the first time he’d voted in years.

We moved on to the third and fourth stations. Again we were pleasantly surprised by what we saw. At the third station a man was turned away because the photo had been removed from his card. He, rightly, wasn’t allowed to vote.

Some of the reports in the UK media have painted a very different picture. I can only speak from my experience of what I saw. I didn’t witness any cases of the wrong ink being used, forged voting card or violence, but that doesn’t mean it didn’t happen.

The media have also reported a low turnout. Recent reports show that approximately 40% of the country voted, and 40% of those who turned out were women. You have to remember that this is a relatively new process, Afghans have only been to the ballot boxes nine times in the country’s history and after all, only 34% of the UK’s population voted in the European parliamentary elections.

This was the first parliamentary election in Afghanistan that was entirely Afghan run for over 30 years. I believe it was a step forward in creating a democratic society in Afghanistan. But of course there are lessons to learn. The UK has been voting for well over 150 years, so we’ve had a fair amount of time to practice.

The 4am explosion had woken almost all of the election observers that morning. But by the time I went to bed Afghans had sent their own message back to the Taliban: the future of Afghanistan belongs to the Afghan people.