Strong public financial management (PFM) is essential to the success of any government.

PFM in Afghanistan: some surprising facts!

After the fall of the Taliban, PFM systems in Afghanistan were extremely weak. However, over the past decade they have improved significantly, mainly due to the commitment of the Afghan government and donors’ reform initiatives.

Did you know? According to the Public Expenditure Financial Accountability (PEFA) measurement framework, Afghanistan ranks above average for a low-income developing country, and in some areas better than average even for a middle-income country.

Why PFM matters for Afghanistan 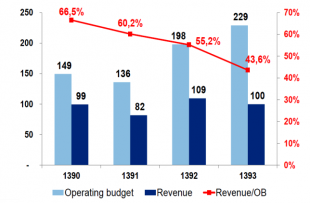 Despite impressive improvements, there are still many areas where substantial progress in reform would make a major difference to Afghanistan’s future. Improved medium term fiscal policy and linking the budget to medium term expenditure and development policies are central to achieving Afghanistan’s development objectives. Afghanistan still has a long way to go to strengthen its systems, which will require strong long-term political commitment.

The fiscal deficit, the difference between what the government collects compared to what spends annually, is  a major challenge in Afghanistan. In 2012 (1391), the Afghan government was only able to afford 60% of its operating budget (which includes things like the salaries for teachers, doctors and civil servants). The fiscal situation became more challenging as the on budget security spending increased. In 2013 (1392) the government only covered 55% and in 2014 (1393) 44% of the operating budget. In 2015, the security situation and related high expenditures is likely to make the situation even more challenging.

So how is UK aid helping?

The UK has been working with the Afghanistan Revenue Department (Part of the Ministry of Finance) since 2004. Our support is focussed on helping the department to become more modern, efficient and customer-focused, and to improve revenue collection with the aim of making Afghanistan a fiscally sustainable state – essentially, a state that can raise resources to cover its bills without large inflows of aid.

It is equally important to make sure that the revenues collected are properly spent and accounted for. Therefore to help improve expenditure management, the UK has also been supporting the Afghanistan Budget Department (Part of the Ministry of Finance) since 2007. This support helps to improve revenue forecasting, budget formulation and execution and monitoring system all of which are essential for a strengthened PFM system.

What about the future?

Given Afghanistan’s challenging fiscal situation, and the challenge from the new President for a higher proportion of donor aid to be placed ’on-budget’ (via the Afghan government’s financial systems), PFM systems in Afghanistan must continue to improve. The new government will need to continue to implement and commit to the reforms in the Afghanistan Revenue department to further improve revenue mobilisation and realistic budget formulation.